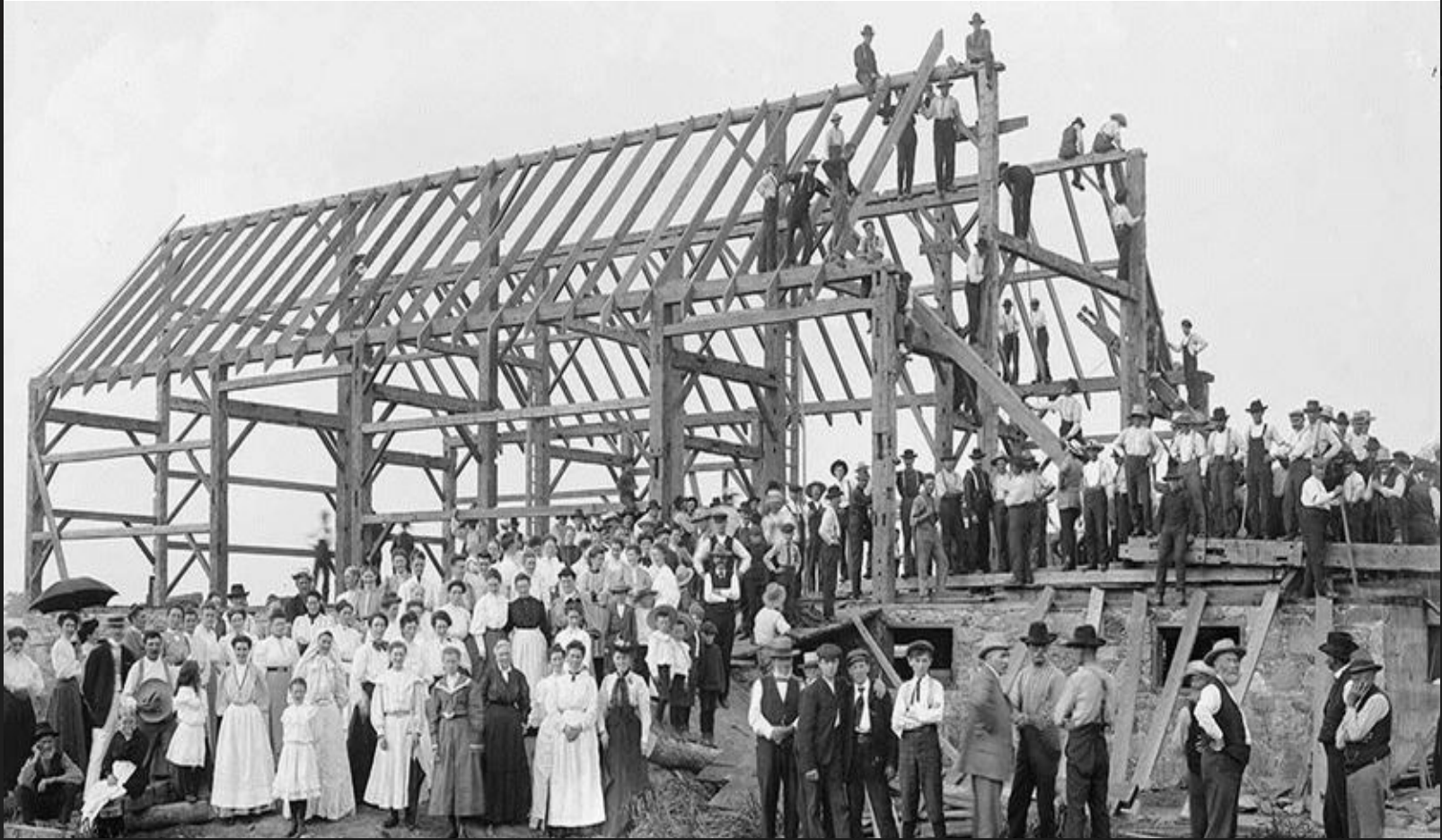 Most of our beams come from Amish barns in Ohio. The most common method for barn construction in the Amish community is referred to as “barn raising.” Historically, this tradition was practiced throughout rural North America in the 18th and 19th centuries. While barns were vital, they were also costly, and often required more labor than one family could handle. The community would come together to assist in building their neighbors’ barns. A barn raising required a lot of preparation and work, beginning a few days before the actual raising occurred. The ground had to be cleared, hardware and lumber laid in, and the proper tradesmen hired. The materials needed for the barn were normally purchased or traded for. In most cases, participation in barn raising was mandatory and unpaid for all members of a community. The failure of an able-bodied member of a community to attend a barn raising could cause discourse.

Traditionally, barn raising were done in summer months between the planting and harvest seasons. The timber needed to complete the project was usually produced in the winter, first by hand (hand-hewn), then later by saw-mill. Barn raising have a rich history in early American rural life. Areas on the edge of the frontier were home to members of communities that often had bonds with each other going back generations. Members of these communities were interdependent on each other; they celebrated together, worshipped together, and traded with each other. This created a self sufficiency within early communities, where barn railings were a common part of life.

By the end of the 19th century, barn raising became less frequent, as people turned to using hired labor. The Amish and Mennonite communities, however, continued to carry on the tradition and still do to this day.