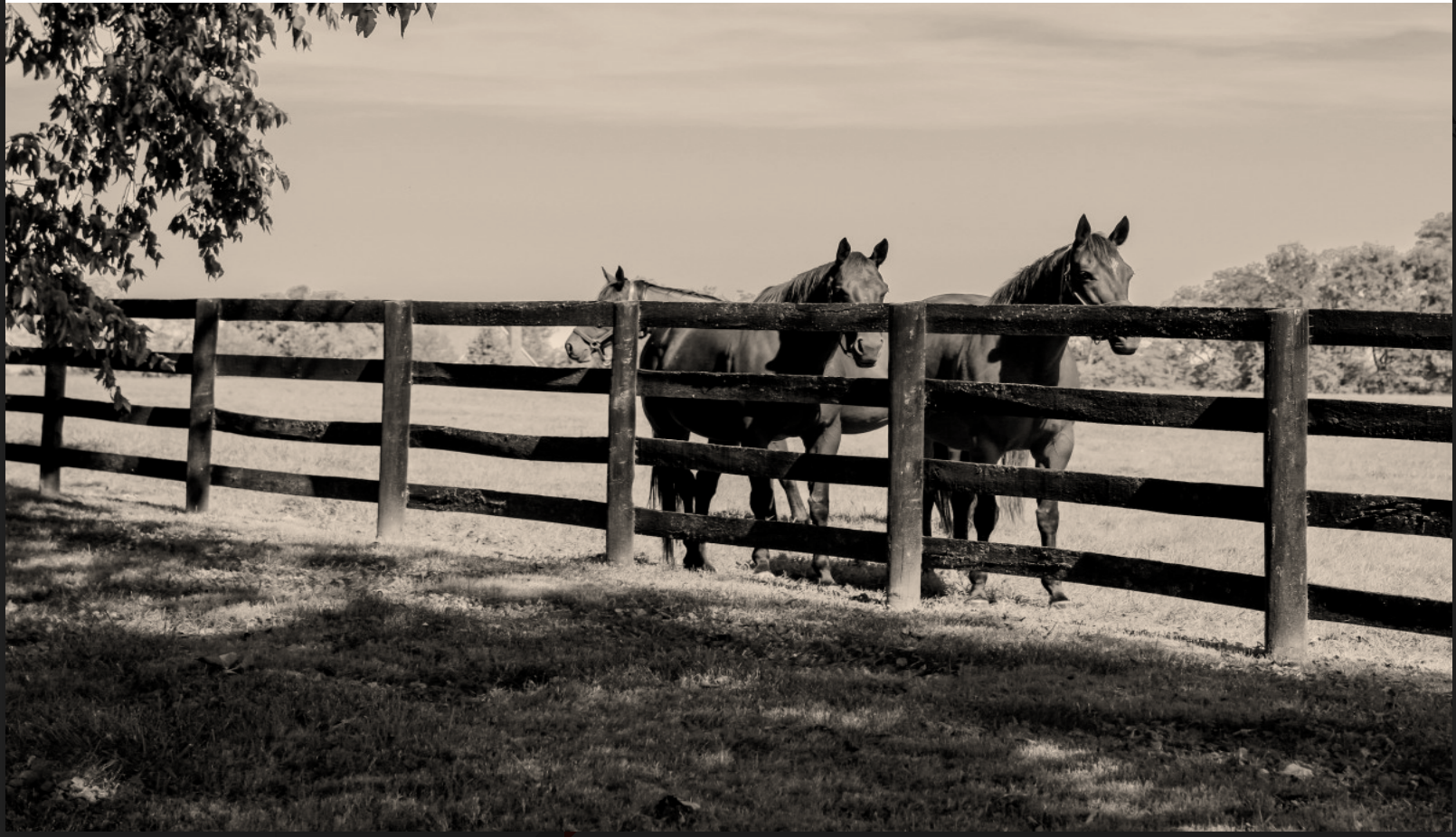 Historically, throughout most of the world, domesticated livestock roamed freely and were fenced out of areas, such as gardens and crop fields, where they were unwanted. Over time, especially where crop agriculture became dominant and population density of both humans and animals was significant, livestock owners began to fence their animals in.

Wood—specifically oak—is the most popular material for equine fencing. It is more expensive than other materials but more durable. The typical construction of equine fencing is three or four rails of 6”-boards with posts spaced every eight feet.

In 2014, the state of Kentucky passed an ordinance called “Paint it Black.” It required that miles of white plank fencing—which had been in place since 1978—be painted black in order to lower maintenance costs. Now, the most common color for horse fencing is black.

Additionally, many Kentucky horse farms practice Double Fencing. The double fences serve multiple purposes. It allows groups of horses to see each other while keeping them separate. This prevents fighting or sparring. It also provides an extra barrier along roads to protect against thrown-out garbage, vehicles, or run-away horses. Double Fencing is extra prevention and protection.

With all the horse fencing in and around Kentucky, we have a dependable source and opportunity to reclaim the old fences, saving them from landfills.